It’s been a while since I’ve made a no-bake cake.
The last one, this Christmas, I made a simple nougat semifreddo cake that turned out awesome. I don’t know why at Christmas, when it’s cold, we also feel like having iced desserts, hehehe! The fact is that now the good weather is coming, it’s still a little cool, and the rain doesn’t leave us, and that’s good because this year in the south it hasn’t rained too much, and that’s why I wanted to show you how to make this delicious blueberry jam cheesecake without oven.

Blueberries, and in general all berries, are my favorite fruits. Blueberries, in particular, are the mainstay of my breakfasts. A bowl of fresh blueberries accompanies me every day. Aside from their taste, their properties and health benefits are very important. Although most of the blueberries sold in Spain are from the United States, Morocco or our southern greenhouses, in northern Spain they can be found in the wild. Being a shrub that needs cold, it grows very well in northern Europe, but also in areas such as the Cantabrian Mountains, Galicia and the Pyrenees. I remember spending my summers in Panticosa (Huesca), in the heart of the Aragonese Pyrenees, and eating blueberries while walking through the mountains. How wonderful when we could make those trips, wasn’t it!

Blueberries are rich in antioxidants and vitamin C. Their benefits include the prevention and treatment of urinary tract infections, prevention of brain degeneration and control of hypertension, helping to prevent heart and circulatory diseases.

*Remember that you can freeze this cake and have it iced. 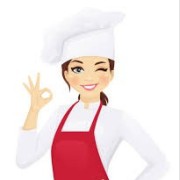 how to make red velvet cake

No comments to show.
We use cookies on our website to give you the most relevant experience by remembering your preferences and repeat visits. By clicking “Accept All”, you consent to the use of ALL the cookies. However, you may visit "Cookie Settings" to provide a controlled consent.
Cookie SettingsAccept All
Manage consent

This website uses cookies to improve your experience while you navigate through the website. Out of these, the cookies that are categorized as necessary are stored on your browser as they are essential for the working of basic functionalities of the website. We also use third-party cookies that help us analyze and understand how you use this website. These cookies will be stored in your browser only with your consent. You also have the option to opt-out of these cookies. But opting out of some of these cookies may affect your browsing experience.
Necessary Always Enabled
Necessary cookies are absolutely essential for the website to function properly. These cookies ensure basic functionalities and security features of the website, anonymously.
Functional
Functional cookies help to perform certain functionalities like sharing the content of the website on social media platforms, collect feedbacks, and other third-party features.
Performance
Performance cookies are used to understand and analyze the key performance indexes of the website which helps in delivering a better user experience for the visitors.
Analytics
Analytical cookies are used to understand how visitors interact with the website. These cookies help provide information on metrics the number of visitors, bounce rate, traffic source, etc.
Advertisement
Advertisement cookies are used to provide visitors with relevant ads and marketing campaigns. These cookies track visitors across websites and collect information to provide customized ads.
Others
Other uncategorized cookies are those that are being analyzed and have not been classified into a category as yet.
SAVE & ACCEPT
Close
Close
Log In